Ashwin Boddeti, a graduate student with Purdue University’s Elmore Family School of Electrical and Computer Engineering, has been awarded the Wolf Outstanding Student Paper Competition by Optica (formerly OSA). Established in 2008 to honor Emil Wolf for his many contributions to science and Optica, this competition recognizes the innovation, research, and presentation excellence of students presenting their work during Frontiers in Optics (FiO). Boddeti received the honor for his paper titled “Long-Range Dipole-Dipole Interactions in a Plasmonic Lattice,” which is published in the journal Nano Letters.

“It is an honor to win an award named after Prof. Emil Wolf,” said Boddeti. “I am happy to see our work recognized at this level by Optica.”

Boddeti is a student of Dr. Zubin Jacob, Elmore Associate Professor of Electrical and Computer Engineering. 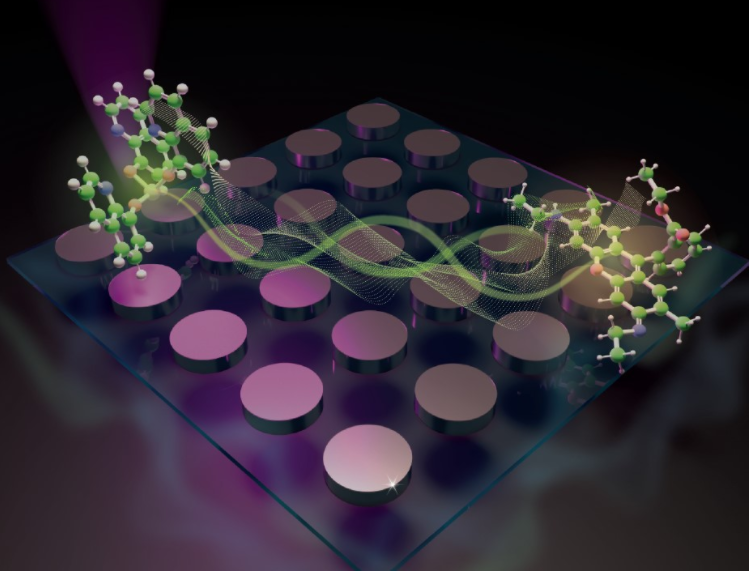 Currently, Bodetti is working on resonant dipole-dipole interactions, and inverse design in nanophotonics, which is what this paper is about. Closely spaced atoms and molecules are constantly interacting, attracting, and repelling each other. Such interactions ultimately enable a myriad of phenomena, such as the sticky pads on gecko feet caused by Van der Waals forces, as well as photosynthesis due to resonance energy transfer. Moreover, such interactions between atoms and molecules have potential implications in realizing multi-qubit gate operations necessary for quantum information processing and quantum computing. These interactions are governed by a fundamental phenomenon called dipole-dipole interactions that are limited to very short ranges of a few tens of nanometers in free space. This limits the application of this fundamental phenomenon for practical purposes.

Researchers at Purdue University addressed the outstanding challenge to increase the range of such microscopic interactions to much larger distances. The researchers propose and develop a plasmonic lattice that consists of periodically arranged metal nanoparticles that mold the flow of light, which enables the embedded atoms and molecules to strongly interact with each other over long distances.  The researchers were able to increase the range of interactions to over ~800 nm in distance having significant interaction strengths.