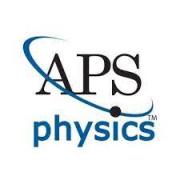 Here we propose and demonstrate that the nitrogen-vacancy center in a diamond can be used as a quantum sensor for detecting the photonic spin density, the spatial distribution of light's spin angular momentum. We exploit a single spin qubit on an atomic force microscope tip to probe the spinning field of an incident Gaussian light beam. The spinning field of light induces an effective static magnetic field in the single spin qubit probe.

You can read more about the paper in APS Physics.